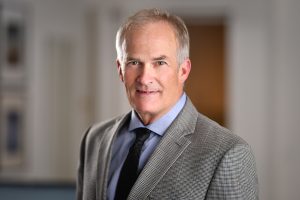 Mr. Russ McGinty is Vice President for Certus Financial Advisors, a subsidiary of Certus Financial. With over 25 years of successful industry experience, Russ has developed strong relationships and reputation amongst national and local retailers, investors, and developers. Respected for his knowledge, integrity and track record, investors and developers tap into Russ’ experience and relationships when searching for opportunities predominantly in the Midwest, but also nationally. Clients include some of the largest names in their respected categories.

In 1999 and 2000, he was Grubb & Ellis’ top producer for the Minneapolis office, as well as being awarded the top retail broker in the nation for Grubb & Ellis in 1999 and second in the nation in 2000. He was also a consistent qualifier for the Circle of Excellence, recognizing top performers within Grubb & Ellis nationwide. He is a three-time winner of CCIM’s Annual Retail Forecast Competition and a Member of the Minnesota Shopping Centers Association (MSCA) and the International Council of Shopping Centers (ICSC). Russ holds a Bachelor of Science in Marketing, Management and Industrial Relations from Mankato State University, Mankato, Minnesota. In his free time, Russ enjoys field training his springer spaniels while actively involved in youth hockey.